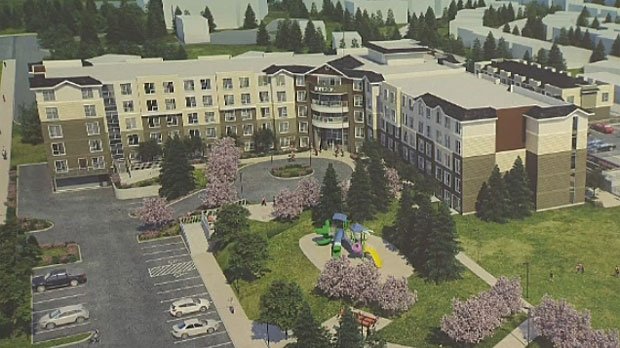 It's an exciting day for those in Calgary who work with vulnerable and homeless Calgarians.

The Alberta government is pledging $18 million to be used towards new housing projects.

One of them will be in southwest Calgary and rather than focus on housing for individuals; this new facility will become home for families in a mix of one, two or three bedroom units.

It's taken five years for the Horizon Housing Society and its eight Resolve campaign partners to get to this point.

"What's really exciting about this development is it's really reflective of our values as an organization," says Horizon Housing Society CEO Kim O'Brien. "It's about integration, it's about community, it's about helping to create that foundation for people to have really successful lives."

Patrick is not able to work but is in a much better place mentally.

"It's not a pretty story but it's got a great ending, you know I'm safe, secure, in an affordable home, and I can work on myself to be a better Bob."

A series of open houses kept the people who live in the southwest community of Glamorgan up to date and in favour of the project because the developers listened to the community.

"Positioning the building, what the exterior should look like and have it less institutional, because some of the original drawings  it looked like it could be the Drumheller  penitentiary instead of a housing thing." says Glamorgan Community Association president Beryl Ostrom.

"We have a shortage in the city of, I would say, between 3,000 and 5,000 units. Today we are building 161, which is amazing but it gives you a sense of really the scope of the problem," said Nenshi.

The Resolve campaign has a goal to raise $120 million by next year to house 3,000 Calgarians.

"The money that has come in to date is already going to work, in terms of accessible housing and some of the other parts, so we're not waiting until we get all of the money in if you will, to then start spending it, we're spending it  the organizations are spending it as it comes in," says Randy Findlay

The development is expected to be open by November 2018.